If You Want To See The Future Of Healthcare, Watch The Cable Industry And What Happened To Newspapers

The great unbundling is coming to the cable industry and already happened to the newspaper industry. For decades the cable providers transformed the television industry, first as a substitute, and then ultimately as the disruptive force behind the demise of free television viewing. Since the 1990s bundled packages have become the pervasive force in delivering movies, live sports and music. By comparison, many newspapers were around for over a century and seemed as impervious as another local oligopoly/monopoly business — hospitals.

The cable industry, with the help of armed lobbyists, has changed the way local channels broadcast. The number of channels has skyrocketed as the way content was sold and programming was distributed resulted in vast volumes of content to sell.  In healthcare, there is a tension between the government protecting workers’ interests and serving the industry (healthcare) that makes the cable and defense industries lobbying investment look small by comparison  (though huge by any rational measure).

Cable bundles were created to package less popular and rarely watched content with popular programming. Size was a proxy for quality and bigger was marketed as better. Likewise, newspapers bundled everything from international news to stock quotes to classified ads to comic strips. The business model worked for decades.

Subscribers of bundled cable receive hundreds of channels despite the fact that industry research finds that the typical viewer only watches 17 channels. Forget the fact they have hundreds of channels they don’t view, and how many subscribers in fact don’t even know what they pay for in their bundle. In parallel, the largest generation in history never became newspapers readers. Millennials radically different behavior is a cautionary tale for healthcare incumbents now that they are the largest chunk of the workforce.

As the Internet has expanded in depth and breadth of services, wireless connectivity has become ubiquitous. Mobile smart-phone technology is growing globally at exponential rates. People can watch video on their phones without a second thought.

Consequently, increasingly more people are demanding that they only pay for what they actually watch. Why pay for more than you use? And now you don’t even require a television to watch pay TV. Today, an Internet connection means you can watch almost anything online. Websites like Netflix, Apple, Hulu, Amazon, YouTube and a growing list of new entrants are forcing change on the cable industry. The cable industry could see this new force and demand coming for years, but as typical entrenched stuck-in-the- past industry leaders, they have mostly chosen to lobby for anti-competitive legislation and incremental slow change. The beginning of the end has already started for the old cable industry.

The writing is on the wall. Unbundling is here to stay. Pay for TV subscriptions are falling and the rate of disconnect is increasing. Simultaneously the rate of unplugged nontraditional non-subscribers is growing annually. The industry refers to the people who cancel their connections as ‘cord cutters’ and the people who have never subscribed as ‘cord-nevers’. Today, most people under 65 years old get news, movie times, stock quotes, sports scores and much more in an array of alternatives to the newspaper. Best-of-breed sites wins out over a bundle of unrelated services.

The Internet and mobile devices destroyed newspapers and are changing the cable TV industry. At the same time, the ACA, self-funded employers and a legislative shift to value pricing are changing health care. Think about the parallels with the healthcare industry where the key players dictate terms and pricing, bundling unnecessary and ineffective care and then charging fees based on the volume of treatments with little or no transparency on price or quality. Disrupting the status quo is already here; it’s just not evenly distributed – yet.

The healthcare buyers of today and tomorrow don’t appreciate thetricks the healthcare industry has played to extract more money than is justified. Healthcare purchasers are controlling their costs and experience by flexing their demand muscles in local and regional markets around the country. Enrollment in prepaid fully insured health plans is dropping precipitously as employers learn about the advantages of self-funded pricing, taxes and cost of claims. 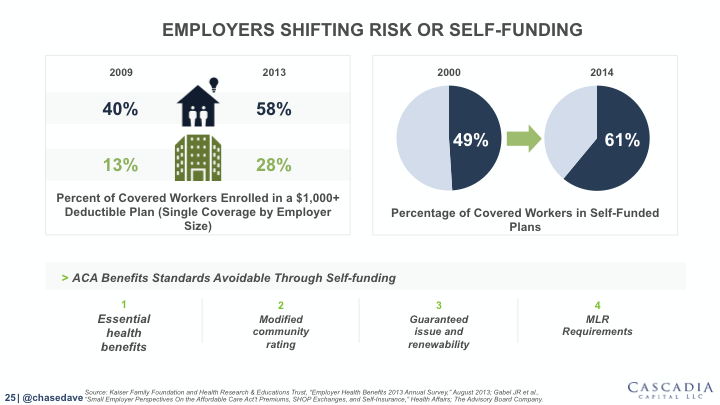 The most successful business purchasers of healthcare are predictably and measurably saving 30%-50% off of the standard provider-driven pricing (i.e., so-called “PPO discounts”). By focusing on the elimination and reduction of claims, smart health buyers are slashing hospital, surgical center, pharmacy, physician and ancillary expenses by double digits. Some of the tools have been successfully implemented for a decade and only now are gaining attention. Solutions like RBP, transparent medical markets, SIHRA, 100% audits, value-based primary care, PBM re-contracting, fixed-fee bundled pricing, medical necessity, coordinated care, COEs and many more are saving organizations millions of dollars and changing the experience of health buyers, patients and providers. Paradoxically, smart health buyers are proving that the best way to slash health care costs is to improve benefits and put more money in workers’ pockets.

Unlike the solution providers changing the cable TV industry with national virtual footprints, the healthcare industry is being quietly disintermediated in local and regional markets. Because healthcare is 20% of the economy, impacting health care costs by billions, as hard as it is to believe, barely registers on the radar, but for the employers creating EBITDA from health care the results are enormous. Inaction by the C-suite exposes them to unnecessarypersonal financial liability from failing in their fiduciary duties. 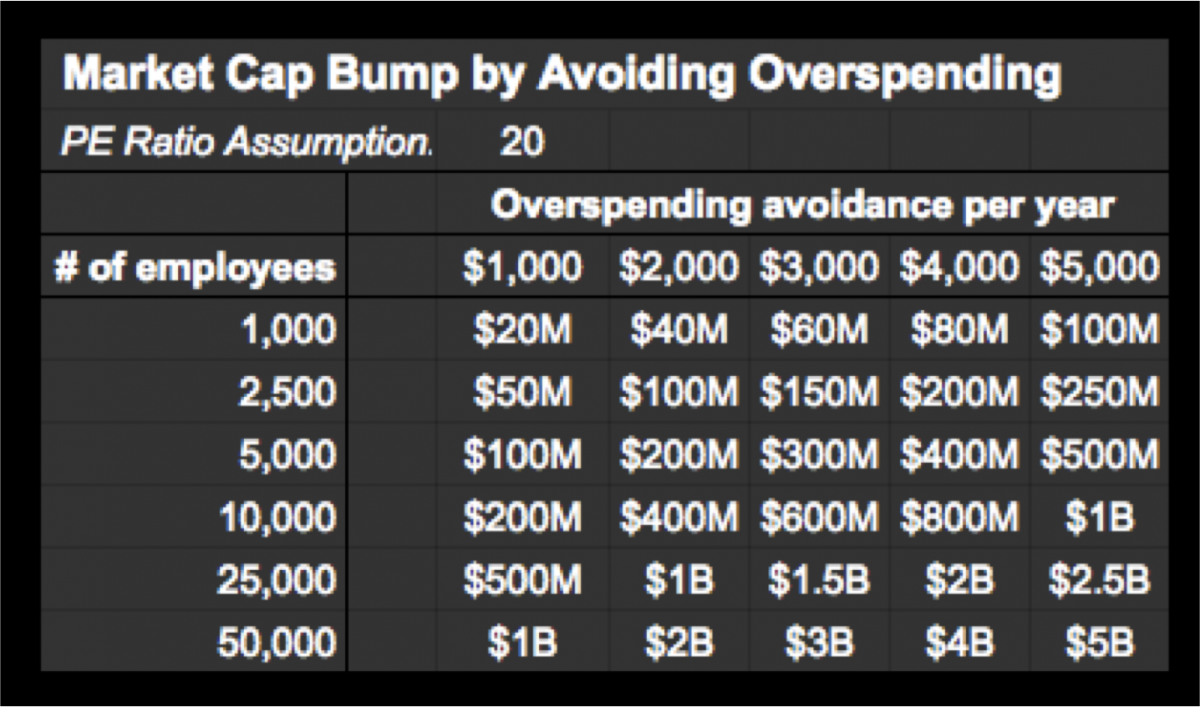 Follow the smart money. Healthcare is an experience where every encounter with a patient is a market of one and the buyer is becoming aware of their power in this transaction with the healthcare supply chain. Other industries have recognized the efficiency and pricing economies that come with managing the supply chain because demand is elastic. Think how WalMart has changed inventory controls and Amazon has changed “last mile” logistics to name a few.

Healthcare buyers can now negotiate, force transparency and control the cost of care and have solved healthcare’s most vexing problem — pricing failure. The cost of inaction and taking the path of least resistance will place your company in an poor competitive position. Self-funded employers are turning over healthcare because their employees’ financial wellbeing is ruined by the health care cost shift. The healthcare industry will never be the same.

Contact via Healthfundr for expertise requests or speaking engagements